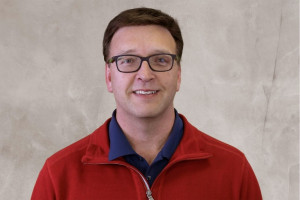 Proforma, Cleveland, has announced the promotion of Doug Kordel to president, effective immediately.

In his new role, Kordel will form and lead Proforma’s leadership and management teams, in addition to handling high-level operational issues, and spearheading the development, communication and implementation of effective growth strategies and processes.

“It is with great pleasure that we announce the well-deserved promotion of Doug Kordel to president,” said Greg Muzzillo, founder of Proforma. “We are confident Doug will continue to provide the leadership and direction needed to support our entire Proforma family. Doug’s experience and dedication have been instrumental in achieving our system-wide sales growth and success as one of the largest distributors in the industry.”

Throughout his tenure, Kordel has continuously worked side-by-side with a network of more than 700 franchise owners in establishing and structuring their business models while providing coaching, leadership and inspiration along the way.

“It’s an honor to be able to work with such a talented group of people throughout the Proforma family network,” said Kordel. “I look forward to continuing to support Proforma’s mission to help our owner’s and support center team members’ dreams come true.”

A graduate of The University of Dayton School of Law, Kordel was named the winner of Crain’s Cleveland Business magazine’s General and In-House Counsel Summit Award in 2013. Prior to joining Proforma, Kordel served as both in-house and outside legal counsel. He also holds a Bachelor of Business Administration from the University of Toledo, majoring in Information Systems and Operations Management.