According to multiple reports, the Colortree Group, a direct mail printer based in Henrico, Va., abruptly closed its doors on Monday, June 3.

One article from Richmond BizSense's Jonathan Spiers reported that employees were gathered in the company’s parking lot, having found the doors to the business locked when they arrived to work that day. 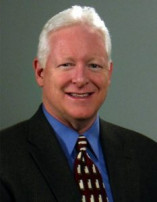 “They didn’t tell us anything,” Voeurn Long, a press assistant, said to the Richmond BizSense reporter. “I came to work expecting to work, but I didn’t realize they’d just close.”

The Richmond Times-Dispatch's John Reid Blackwell reported that the company had filed a WARN Act notice dated on Monday but that the letter was received by the Virginia Employment Commission and the Henrico County Manager's office on Tuesday. In the letter, President and CEO James "Pat" Patterson stated:

Many of Colortree’s approximately 240 employees at this worksite will be laid off as a result. ... The anticipated closure of certain Colortree divisions, and resulting layoffs, will be permanent. Employees will be paid through that date (June 3) regardless if the facility or division in which they work closes sooner.

According to the Richmond Times-Dispatch article, the list of employees affected includes the company's chief operating officer, vice president of human resources and vice president of marketing, in addition to production, maintenance, administrative and other management employees.

In 2017, Printing Impressions reported that Patterson’s Stingem Management Group LLC had acquired the majority stake in the Colortree Group from the private equity firm Boathouse Capital, which had joined Patterson to “facilitate the management buyout and rollup of Henrico, Virginia-based Colortree Inc. of Virginia and Graphics Innovations, of Richmond, Va., in 2011 in order to form the Colortree Group,” according to the article.

The 2017 article highlighted the success that the Colortree Group had experienced under the management of Patterson:

Under Patterson’s day-to-day management, Colortree Group has nearly doubled since 2011. Through acquisition and organic growth, the company has grown from 185 employees in 2011 to 235 in 2016. Revenues have increased from $32 million to $60 million. Now, as sole owner, Patterson is well-positioned to carry out his vision for the company, which he says is to be the best litho product provider in the direct mail industry. Himself the son of a print shop owner, Patterson's two oldest sons are also involved in the business serving in technology and facility/TPM maintenance roles, respectively.

According to the Richmond BizSense article, a pressman at Colortree stated that the company had informed employees previously that it was having “financial difficulties.” The same employee explained to BizSense that an email was distributed to employees on Monday, June 3, which included a phone number for employees to call for more information. The call “conveyed that the company no longer was financially capable of keeping its workers employed,” BizSense reported.

Printing Impressions has reached out to the company for comment, but has been unsuccessful in its attempts at the time of publication.

Ashley Roberts is the Senior Production Editor of the Printing & Packaging Group.

Print+Promo 2020 State of the Industry Report: Why More Marketers are Turning to Direct Mail

COVID-19's Effect on the USPS and Direct Mail

Why Print Marketing Is a Digital Champion