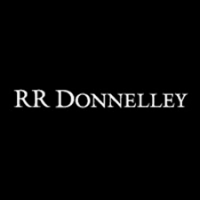 RR Donnelley & Sons Company (RRD), Chicago, has announced the appointments of the board leadership and CEOs of LSC Communications, Donnelley Financial Solutions and RR Donnelley & Sons to be effective as of the consummation of the previously announced spinoff transactions, which the company expects to complete in October 2016.

LSC Communications—This will be an approximately $3.5 billion company with more than 20,000 employees worldwide that will serve the needs of publishers, merchandisers and retailers with innovative product, service and technology offerings that combine print, e-services, warehousing, fulfillment and supply chain management to increase speed to market, reduce costs and improve efficiencies.

Donnelley Financial Solutions—This will be an approximately $1 billion financial communications, data services and language solutions company with more than 3,000 employees worldwide specializing in producing, distributing and translating documents and electronic communications to support customers in the global capital, compliance and investment markets.

RR Donnelley & Sons Company—This will be an approximately $7 billion global communications management company with over 42,000 employees worldwide and an unparalleled portfolio of capabilities, experience and scale that helps organizations efficiently execute their multichannel communication strategies.

Until the spinoff transactions are complete, the management structure of RRD will remain in place. The spinoff transactions are subject to certain conditions, including, among others, obtaining final approval from the board of directors of RRD, receipt of a favorable opinion and/or rulings from the Internal Revenue Service with respect to the tax-free nature of the transactions for U.S. federal income tax purposes and the effectiveness of the Form 10 filings with the Securities and Exchange Commission (SEC).