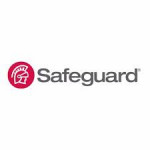 Dallas-based Safeguard Business Systems Inc. received a helping of northern hospitality Nov. 13, as the M&A Advisors, in a New York City-situated ceremony, honored the entity with its eponymous Professional Services Deal of the Year award. The news came as the capstone component of the 2017 M&A Advisor Summit and lauds the Texas company for the divestiture of its Brand Advantage Group.

“This recognition as M&A Advisors’ Deal of the Year is a major milestone for Safeguard, particularly when you examine the other transactions nominated along with us,” R. Scott Sutton, the victor’s vice president and overseer of its Business Acquisitions and Mergers (BAM) team, said of the distinction.

Safeguard and the other notable nominees had been vying for the crown based on transactions and deal financings closed, and restructures completed, between Aug. 1, 2016 and July 31, 2017. The ultimate winner entered the pool of potential champions thanks to the merger of Minnesota-headquartered distributors QBF — Solutions Beyond Print and Team MHC, which Safeguard had acquired, respectively, in July and November 2014. The unification of the two commenced just as the nomination cycle commenced, with the bulk of the binding of the businesses occurring this spring, and helped QBF executives Dave Daoust and Tom Lyngdal realize their business ownership dream.

“Safeguard has taken an aggressive but supportive approach to new growth, and those efforts are resulting in landmark transactions like the divestiture of Brand Advantage Group,” President J.J. Sorrenti said of the undertaking that tasks the entrepreneurs with independently operating their distributorship through the Safeguard network. “The BAM team’s unique approach provides end-to-end solutions for distributors and continues to set Safeguard apart.”

The Metropolitan Club served as the setting for last month’s 16th Annual M&A Advisor Awards Gala, with 29 M&A industry experts determining the top dogs in various categories. More than 650 companies vied for industry kudos, and nobody, according to the powers that be, pulled off a more outstanding deal than Safeguard, which began as a small check printing business and subsequently evolved into a a diversified business solutions enterprise.

“These award recipients represent the finest in the M&A industry in 2017 and earned these honors by standing out in a group of extremely impressive finalists,” David Ferguson, co-CEO and president of The M&A Advisor, which has, since 1998, offered insights and intelligence on mergers and acquisitions through the industry publication, said. “From lower middle market to multi-billion dollar deals, we are recognizing the leading transactions, firms and individuals that represent the highest levels of achievement.”

Related story: Brand Advantage Group by Safeguard Up for M&A Deal of the Year Award