“It’s an honor to celebrate the successes of Proforma’s Million and Multimillion-Dollar Club members every year,” said Greg Muzzillo, founder of Proforma. “We are extremely proud to have the largest, most successful group of million-dollar producers in our industry. We know what it takes to build a multimillion-dollar distributorship and we have put the tools and resources in place to help our owners grow their sales as much as they want, so they can live the life of their dreams.” 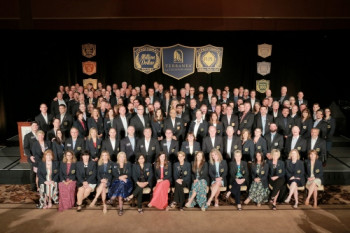 “Making it to the Multimillion-Dollar Club for the first time this year is a dream come true,” said Tim Meffert, owner of Proforma Effective Solutions, Jackson, Wis., and first-time Multimillion-Dollar Club Member. “Celebrating this milestone achievement with other successful owners, valued supplier partners and my Proforma family is overwhelmingly motivating. I am looking forward to continuing my growth and reaching the next level of success soon!”

This year, five Proforma businesses were recognized for achieving $1 million in sales in a single month in 2018: 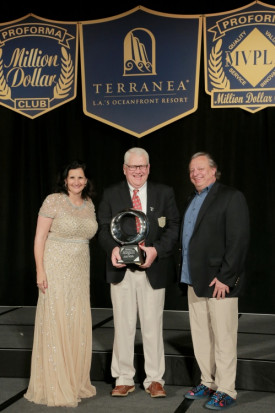 “As a new member of the Million Dollar Club, nothing could have prepared me for the awards banquet and the impact of seeing so many members of this prestigious group proudly standing on the stage in their blue Million Dollar Club blazers,” said Deborah Lanigan, owner of Proforma Mega Marketing Solutions, Palm Harbor, Fla., and first-time Million Dollar Club Member. “All of these owners have inspired me with their success since I joined Proforma three years ago, and now, I get to share the stage with them. It was truly an honor.”

More than 80 of the industry’s leading supplier partners were also recognized during the awards ceremony for their commitment and partnership with Proforma. In addition to several receptions and poolside hospitality events, suppliers and owners engaged in a meet-and-greet breakfast to network and develop powerful, lasting relationships.

“Proforma’s Million Dollar Club celebration is unlike any other industry event,” said Kirk Ross, vice president of national accounts, Towel Specialties, Baltimore. “Proforma is the only organization that invites suppliers to join their top performers in celebrating success every year on these amazing trips. This is an incredible opportunity to get to know Million Dollar Club Owners, meet their families and understand their businesses better, while enjoying a first-class resort and having fun together.”