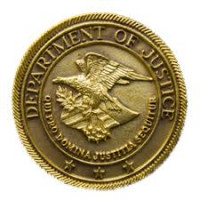 A lieutenant colonel in the U.S. Army Reserve is facing federal charges for fraudulently supplying Chinese-produced baseball caps and backpacks that were contractually obligated to be “100 percent U.S. made.”

For all three contracts (two for baseball caps, one for backpacks), Burnett agreed to meet the requirements of the Buy American Act, the Berry Amendment and federal regulations that require the government to purchase domestic products and materials.

As reported in the indictment:

It also is important to note that both of the 2007 contracts included a statement, in all capital letters, that the “PRODUCT MUST BE 100% U.S. MADE.” The indictment alleges that Burnett instead worked with suppliers directly from China, and with American companies who knew he was obtaining products from China. Burnett hid this by hiring workers on a cash basis to remove all the Chinese labels and repackage the items he sent to the Army Recruiting Command, according to the indictment.

A competitor raised concerns after the second contract had been awarded to Burnett, claiming he could only bid so low if he were using foreign suppliers. But the government permitted Burnett to proceed after he submitted documentation that he was using only American-made products and complying with all legal requirements.

The indictment seeks to have Burnett forfeit all $6.2 million to the government as proceeds of illegal activity. If convicted of wire fraud, Burnett could face a maximum of 20 years in prison and a $250,000 fine.