Glen Taylor In as CEO of Taylor Corp.; Deb Taylor Steps Down 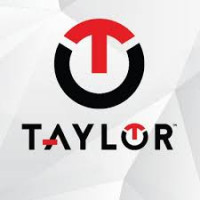 Glen Taylor is back as CEO of Taylor Corp., the North Mankato, Minnesota-based communications services giant, after news broke last week that his niece, Deb Taylor, was stepping down from the role she has held since June 2015. Glen Taylor, a self-made billionaire who also owns the Star Tribune, the Minnesota Timberwolves and Lynx basketball teams and Iowa-based Rembrandt Foods, said he was assuming leadership responsibilities “with a heavy heart.”

“I am very proud to have had the opportunity to work with [Deb] over these last eight years, and am grateful for her leadership as CEO of the organization,” he told Star Tribune. “In that time, she has not only led the organization through two significant acquisitions, but provided sound counsel to me on a number of other matters. I wish her only the best in the next chapter of her life.”

With estimated revenue of $3.6 billion, Taylor Corp. is one of the nation’s largest privately held companies, with more than 80 subsidiaries and 12,000 employees across North America, nine other countries and Puerto Rico. During Deb Taylor’s tenure, she helped close two major deals: Taylor Communications (formerly Standard Register Co.) in 2015; and Staples Print Solutions, the custom printing unit of Staples Inc., in 2016.

Taylor Corp. is the parent company of many recognizable names in the print and promo sector, including ADG Promotional Products, a promotional products supplier, ranked No. 7 on Print+Promo’s 2018 Top Suppliers list with $76 million in annual sales; Amsterdam Printing & Litho, a distributor of promotional products; ComplyRight, a provider of compliance products and programs for businesses; Label Works, Powered by Navitor, a custom label printing company; and Navitor, a supplier with expertise in wholesale, personalized printing.

Reasons for Deb Taylor’s departure have not been disclosed. However, she released the following statement:

It has been the time of my life having led this great organization. I am eternally grateful to Glen, who has lived up to the mission of opportunity and security by providing me these last eight years. I will miss his counsel and the entire Taylor team, and I know that successful days are ahead for them.