Taylor Communications is Moving Hundreds of Jobs to Downtown Dayton 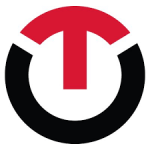 As part of the previously discussed deal, Taylor Communications will move roughly 400 to 500 of its local 700 workers to the 111 building, where they will occupy eight floors. The remaining employees will stay on at Taylor’s current location at 600 Albany St. in Dayton’s west side. According to Dayton Business Journal, the $1 million agreement includes $500,000 from the Montgomery County Economic Development/Government Equity program. Another $500,000 will come from the city of Dayton, and Taylor Communications will spend at least $2.4 million on facility improvements, equipment and other items.

Taylor Communications also agreed to pay a minimum of $500,000 annually in wage withholding taxes through 2023, Dayton Daily News reported. “This is really important because we were in danger of losing [Taylor Communications], not only to outside of the city, but outside of Montgomery County,” Ford Weber, Dayton’s director of economic development, told the news outlet. “They could have left the state.”

The deal comes almost a year after Taylor Communications committed to keeping 500 jobs in Dayton in exchange for a $750,000 city grant. That agreement included a 10-year property lease with CityWide Development Corporation. In addition, the city of Dayton was going to put $2.1 million toward street improvements around the facility, and had plans to demolish up to 40 dilapidated structures through the Neighborhood Improvement Program.

“Although Taylor Communications’ history at the Albany and Campbell location is long and storied, there are many positive reasons for change,” Mark O’Leary, president of Taylor Communications, said of the downtown move in a statement back in April. “Dayton’s downtown area is growing, professional and vibrant; similar to our own culture.”

The infusion of jobs is welcome news to downtown Dayton. While Taylor Communications’ lease is its second sizable win (CareSource plans to build a six-story building in the vicinity), the vacancy rate for the area’s office real estate market historically has been high. A sobering statistic from Colliers International reveals a 28 percent vacancy rate.

Local business owners and apartment operators are optimistic about Taylor Communications’ upcoming move. Their hope is that some of the new downtown workers will become customers or tenants.

“It is very good news for us,” Todd Evans, property manager at the Landing, an apartment complex and high-rise building located just north of Taylor Communications’ new office, told Dayton Daily News. “People love to live and work and play all in the same location.”

Local officials noted that the most thriving downtowns have a strong mix of places to live, work and recreate, and that downtown Dayton is starting to fit that mold. The Downtown Dayton Partnership went on to tell Dayton Daily News that the downtown area is home to about 21,000 jobs, and it is tracking 645 new jobs, including Taylor Communications’ commitment. Downtown housing also has been booming.

Taylor Communications recently made news with the announcement that Taylor Healthcare was awarded a new, three-year agreement for commercial print and promotional products with Vizient, a member-owned health care services company.

North Mankato, Minnesota-based Taylor Corp., one of the largest private businesses in the U.S., is the parent company of Taylor Communications. A Delaware bankruptcy judge approved Taylor Corp.’s $307 million purchase of Standard Register Co. and its assets in June 2015, after the company swooped in with a last-minute bid at an auction. The latter rebranded to Taylor Communications in March 2016.